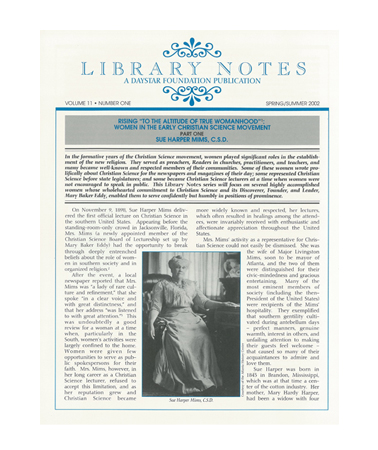 “Rising ‘to the Altitude of True Womanhood’: Women in the Early Christian Science Movement: Part One, Sue Harper Mims, C.S.D.”