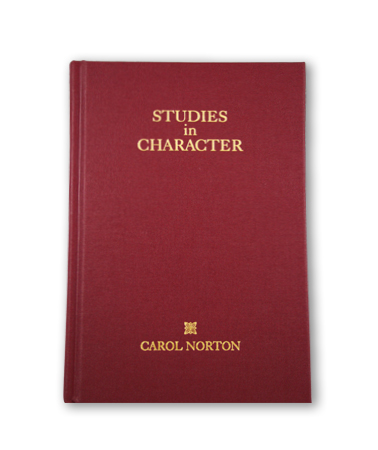 This is a lovely reproduction of a 1906 book published after the passing of Carol Norton, a student of Mary Baker Eddy. It is a collection of timeless inspirational articles relating to character.

Carol Norton devoted himself to the study of Christian Science after being healed of ill health as a young man. He eventually became a practitioner and was known for his eloquent speaking and writing on Christian Science. In January of 1898, Mrs. Eddy selected him as one of the first five members of the Christian Science Board of Lectureship. In November of that same year, he attended Mrs. Eddy’s last class and earned the designation C.S.D.