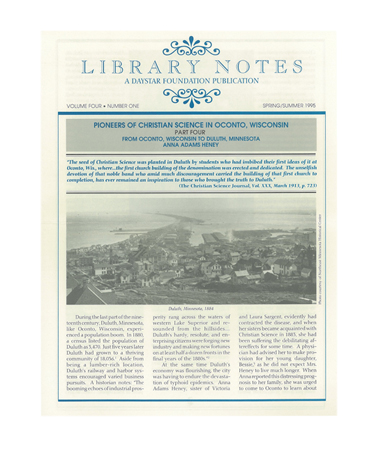 This edition of Library Notes is the fourth in a series focusing on the pioneers of the Cause of Christian Science from Oconto, Wisconsin. This issue details the experience of Anna Adams Heney, sister of Laura and Victoria Sargent, who contributed greatly to the early growth of Christian Science in Duluth, Minnesota.