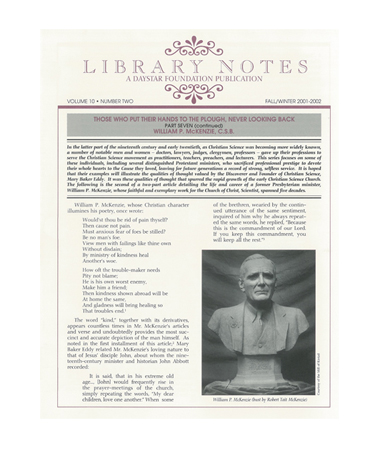 “Those Who Put Their Hands to the Plough, Never Looking Back: Part Seven (continued), William P. McKenzie, C.S.B.”

This issue is the second of a two-part article detailing the life and career of a former Presbyterian minister, William P. McKenzie, whose faithful and exemplary work for the Church of Christ, Scientist, spanned five decades.