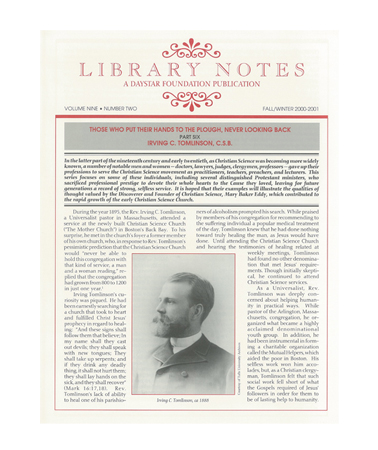 “Those Who Put Their Hands to the Plough, Never Looking Back: Part Six, Irving C. Tomlinson, C.S.B.”